Skip to content
Home Latest news Plastic in your body: emphasis on size rather than weight 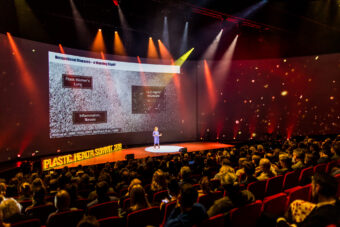 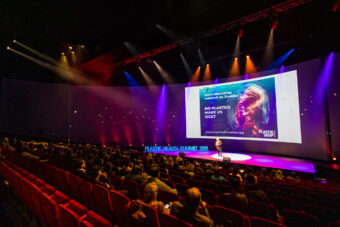 Nieuwsuur | First research on impacts of microplastics on human health

Amsterdam, 13 June 2019 – It is well known that we drink, eat and breathe plastic particles. But how many are there and how harmful it is for our health? This week the World Wildlife Fund (WWF) published a study and comes up with new information. The main conclusion in the publication No plastic in nature: assessing plastic ingestion from nature to people is that we may ingest 5 grams of plastic per week, as much as the weight of a credit card. The researchers base their conclusions on existing studies and rightly express many reservations.

The report, which calls on Governments to take drastic action to fight the plastic soup and also advocates that much more research needs to be done, is accompanied by a new campaign launched by the WWF. The campaign has the shocking weekly amount of 5 grams of plastic that a person ingests as its theme. This is compared to daily objects such as a pen, a credit card or a dice, to get the message across how much plastic you ingest. Although this campaign will reach a wide audience, some nuance is called for.

The research was carried out by the University of Newcastle in Australia. For their calculation researchers estimated the weight of the plastic particles. They take as their starting point an estimated weekly ingestion of 2000 plastic particles, a total weight of 5 grams. We are assumed to ingest about 90% through drinking water, through tap water and in particular through bottles of water. A study that was published last year (and to which the researchers also refer), found microplastics in 93% of the 259 bottles of mineral water that were studied, an average of 325 particles per litre. However, the vast majority— 315 particles — are ultra-small particles. So small that their weight cannot be determined.  Earlier this week, also a Canadian study on Human Consumption or Microplastics was published. According to this research the annual ingestion is 50,000 particles. These too are ultra-small particles that weigh virtually nothing.

Emphasis should be on size

Precisely those ultra-small particles, called nanoplastics, are most relevant for human health. More accurately: the particles that are almost insignificant in weight, are probably the most harmful. These can penetrate cell membranes and make their way into the organs. Larger particles, of which the weight can be determined, are usually defecated. It must be noted that there are still no standard methods to assess the risks of micro- and nanoplastics in the body.

To find out how dangerous micro- and nanoplastics really are, the Plastic Soup Foundation has initiated a partnership in which scientists and environmental organisations work together: The Plastic Health Coalition. Earlier this year, ZonMW, The Netherlands Organisation for Health Research and Development, started fifteen studies into the effects of micro-and nanoplastics in this framework. On 3 October 2019, during the Plastic Health Summit, the first results are to be presented.